A view on construction floor anchors – types and usage 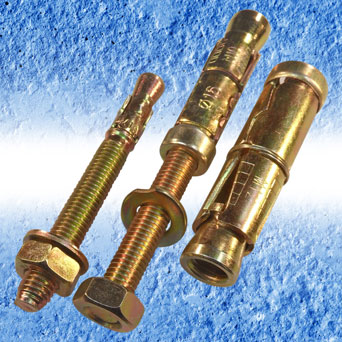 We are pleased to announce that our warehouse stocks a number of basic types of construction floor anchor including the Shield Anchor and the Throughbolt designs, both of which work on a similar principle of an expanding sleeve for fixing into concrete flooring. They are also known as wedge anchor bolts and are available in carbon steel, zinc plated and hot dipped galvanised, also in stainless steel.

Of the two, Throughbolts are often preferred because they may be used where the hole has to be drilled after the steel flange has been positioned, while Shield Anchors need to be installed before the flange is positioned.

Generically other styles of construction floor anchors, such as Sleeve Anchors and Drop-in Anchors, are also available designed for use in materials like concrete that do not take a thread and are resistant to screws or nails.  These devices generally utilise a system for casting in place or for post fix (like throughbolts or shield anchors) by using an expanding wedge design, whereas embedded floor anchors (often referred to as Rag bolts) use a specially formed end for casting in place or for post fix using a 2-part resin injection system. 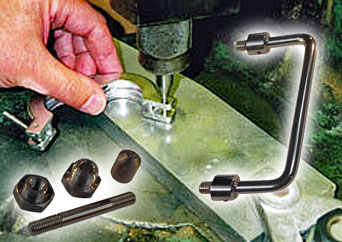 The team here at Challenge Europe recognise that manufacturing today is very much a partnership operation, based on mutual respect and trust, succeeding on the varied skills of the parties involved and the strength of their relationship, often forged over many years. Such is the case with sub-contract suppliers of specialist components and small quantities where efficiency at small scale is key to achieving desired outcomes.

Typically, a “special” can be something as simple as a modified standard item – probably ex-stock plus a second operation but difficult to fit into an established assembly process. Otherwise a designed-from first principles component requiring ground-up manufacturing in its own right but requiring special parameters, skills or equipment in its production. This may require anything from knowledge-based sourcing of base components through creation from raw stock, fabrication and assembly dependent on specific needs.

These Specials and Custom small volume manufacturing projects are frequently jobs that are a problem for bigger manufacturers, where it is not cost-effective to program large and expensive automated equipment. So, when standard fastenings are not suitable a custom solution is needed from a specialist sub-contract manufacturing facility. This capability is ideal for small quantities and extends to partnering arrangements with fabricators and finishers so that a wide range of items may be covered from specialist threaded fasteners to sheet metal or cast fixings. In-house machining is often coupled with a global sourcing and supply infrastructure and in-depth expertise of the manufacturing cycle.

This capability enables production of components from alternative materials at short notice and incorporation into packaged sub-assemblies. In this way customers gain an overall package of high-quality and low-cost for their standard mass-produced items and for small quantity specialist components.

Examples of this sort of special cover the gamut of:

Find out more about our custom special threaded fasteners service.

Action Can for manufacturers and installers 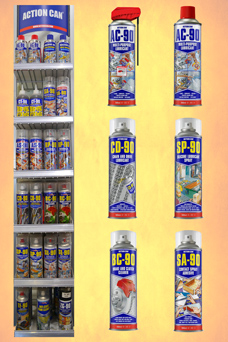 As specialists in the world of industrial threaded fasteners, our team are pleased to announce stocking of the Action Can range of industrial aerosols.

Explains our M.D. Kevin Moorcroft “we deal every day with manufacturers, installers and service engineers who are in constant need of high quality consumables and we find the Action Can range meets the exacting requirements of professional engineers for anti-corrosion products and paints, cleaners, lubricants, metal working sprays, along with general workshop products.”

Adds Kevin “engineers find this range of 60 high quality aerosol products to be a quick and very convenient way to apply these important industrial materials on demand and to be easy to store on the production line, workbench or in a service vehicle.” 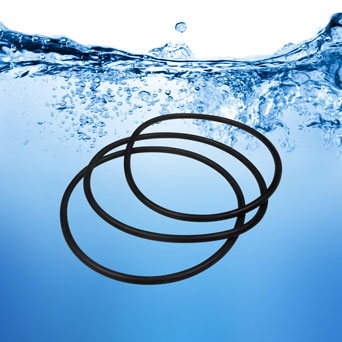 The team here at Challenge Europe have found that alongside our core threaded fastener range, there is a demand for sealing “O” rings on an urgent basis – and consequently we decided to enhance stock levels to meet the need.

Common requirements for “O” rings come in Nitrile (NBR), EPDM, Viton®, Silicone, Polyurethane and Neoprene with many others also called for to suit the needs of practically every industrial sector.

Our team here can support both production line requirements and supply “O” rings as consumable items for manufacturing plant. Indeed, any application where seals for liquids and gasses are an essential requirement. We stock standard metric and imperial sizes to ensure that production lines keep moving and maintenance operations can proceed smoothly.

These “O” rings function as seals between fixed faces in static assemblies or as dynamic seals between moving components, e.g. in cylinder and piston configurations or on rotating shafts in valving equipment.

Back-up rings are also available in a range of materials and styles. 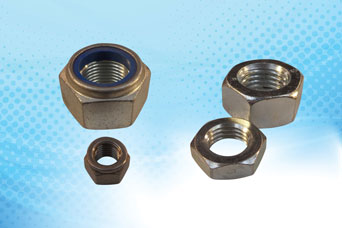 We are delighted to offer ex-stock thread locking solutions for general industrial assembly purposes. One of the most common and simplest solution to problems of vibration loosening of threaded fasteners is by use of a conventional locking nut or half nut.

Use of a full nut provides an easy fitment which pulls from the same stock as the main fastener. A locking half nut above the full nut leaves “head room” – indeed, where two half nuts are used, this can make a quite significant difference in cramped situations.

Ex-stock self-locking nuts are frequently a preferred solution since they reduce the number of operations and order lines. Also known as stiff nuts and sometimes prevailing torque nuts, these are available in a range of styles but they all operate in a similar way having an interference fit mechanism that provide anti-loosening characteristics. Standard reference types include nylon insert nuts, Philidas® nuts, Binx® nuts, Aerotight® nuts and Stover nuts. 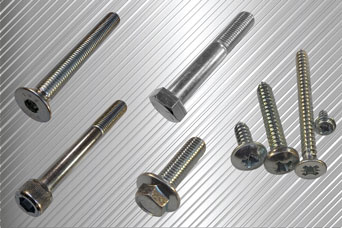 Anyone regularly using simple slotted drive screws – with a traditional straight bladed screwdriver, will be aware of its shortcomings – with a power driver then even more so. The old-style slotted drive will “cam-out” easily, is almost impossible to centre and if the tool or slot is even slightly worn, then is extremely different to install or remove.

Consequently, with the need in industry for a faster, more reliable approach a variety of different styles are now available from suppliers such as Challenge Europe.

The first seems to have been the Phillips – a cross-head design centred in the screw head with a matching drive tool, either manual or powered. The sides of each blade are slightly tapered and rounded so that the tool will rise out of the cross-head rather than break off the head. However, this limits tightening torque which led to the Pozidrive screw with flat sides and a more sophisticated design so as to engage more firmly with the driver, enabling much higher torque values to be achieved.

Importantly, the self-centring action of these drive styles greatly aids ease and speed of use, either manually or in automatic feed systems.

A more recent development is the six-armed star Torx™ approach which is a precision parallel-sided design for higher torque and finds great popularity in the motor vehicle industry.

Interestingly, one of the oldest head styles and still one of the highest performing and commonest is the hex drive – with internal socket formed in the head or with external hexagonal shape to accept a socket wrench tool. Internal hex drives, often referred to generically as Allen key drives, are a precision drive with high performance, available in an extensive size range. Whereas the traditional external hex head is commoner on lower cost bolts and setscrews. Both offer stability in operation but often need some “help” in centring. This is commonly achieved by providing a spherical end to the drive for an internal hex or a chamfered lead-in on an external hex head.

Machine screws, bolts, self-tappers, self-drilling screws and woodscrews are all available with at least 2 or 3 of these drive styles and making the right choice can make or mar an installation or assembly process. In case of doubt, consulting with your supplier is always advised. 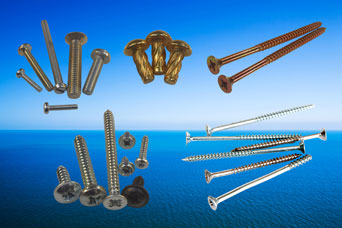 As industry screw specialists we recently announced the breadth of screw materials and finishes we work with on behalf of our industrial/manufacturing customers.

The rational for using various materials or treatments/coatings is usually either technical or cost based. This can vary from improved corrosion resistance by using stainless steel, zinc plated, zinc-nickel plated, galvanised, chrome plated, nickel plated or plastic screws. Improved electrical connection is often important and can be achieved by using brass screws or the copper plating of steel screws, in some instances silver plating is also an option. Where insulating properties are required many styles of plastic screws are now available.

Equally, light weight applications may suggest aluminium or titanium alloy fasteners. Appearance requirements may call for chrome plated screws – whereas cost considerations may demand self-colour steel or the more basic of the fastener range, dependent upon the application.

Good looks or ease of use are indeed frequent considerations, perhaps to minimise intrusion of the drive pattern into the head design or to match a desired drive style, e.g. hex, Torx™ or other with assembly equipment or desired torque values – and of course if in doubt please contact us to discuss your needs.

We take aim at theft, vandalism and equipment tampering with Hafren fasteners 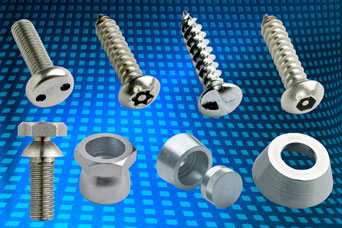 The need to safeguard against theft, vandalism and tampering is an increasingly essential part of many design specifications so we find that  security products from our sales partners Hafren Fasteners are in constant demand and are used in a vast range of security applications in projects and manufacturing all over the world, e.g. in engineering equipment to prevent tampering while leaving access available to qualified personnel with specialist tools, such as 2 hole (often referred to as “snake eye” or “pig nose”) head designs or pin hex screw heads and barrel nuts.

Most designs are removable in some way by use of specialist tools – other designs, e.g. shear nuts and shear bolts, are not intended for removal other than by destruction, perhaps by grinding, drilling or brute force. 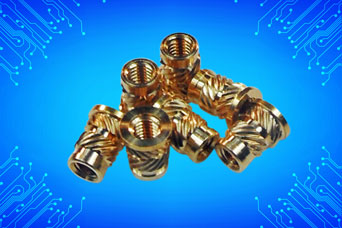 We are delighted to carry an ex-stock standard range of metric and imperial threaded inserts for use in the manufacturing and installation industries, in order to provide a robust thread in moulded/fabricated plastic components, where the softness of the substrate precludes a tapped thread.

Threaded inserts are a favourite for use throughout industry where they can provide a quick thread just by drilling or moulding a pilot hole and pressing the insert into place – in electronic/electrical application brass inserts offer good tensile properties, excellent corrosion-resistance and good electrical conductivity.

A well-known and much used solution to fixing onto non-metals, threaded inserts can often provide higher torque or pull out performance by the application of heat or ultrasonic energy to further embed the insert into its substrate.

Inserts in die cast zinc, steel, brass or stainless steel may be push-fit or inserted by self-tapping thread cutting, others may be moulded in place – contact us for information. 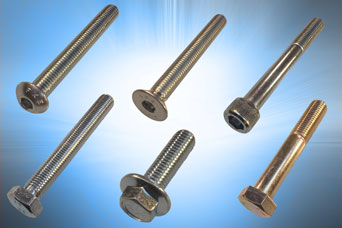 Hex headed high tensile bolts and screws, together with hex drive socket head cap screws, are the mainstays of industrial fastening and as such are stocked in depth by Challenge Europe as part of their supply partnership philosophy.

Sizes are typically in the range M2 to M24 with some specifications going larger.

Supply partnership means that Challenge Europe take on the management of a customer supply chain from design specification to lineside supply using lean manufacturing principles or other optimising and integrative manufacturing philosophy to suit customer methodology.